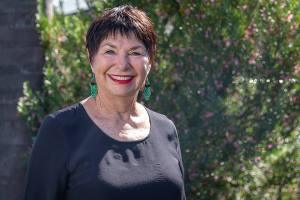 Janeen Brian is an award-winning children’s author and poet with over 100 books published. Janeen lives in South Australia and writes poetry, short stories, picture books, nonfiction, and novels. Her first book was published in 1984, and her latest book (June 2020) is Eloise & the Bucket of Stars.

Orphaned as a baby, Eloise Pail yearns for a family. Instead, she lives a lonely life trapped in an orphanage and is made miserable by the cruel Sister Hortense. Befriended by the village blacksmith, Eloise soon uncovers some strange secrets of yesteryear and learns that something terrible may be about to happen to the village. As troubles and dangers mount, she must learn who to trust and choose between saving the village or belonging to a family of her own. Unless something truly magical happens … 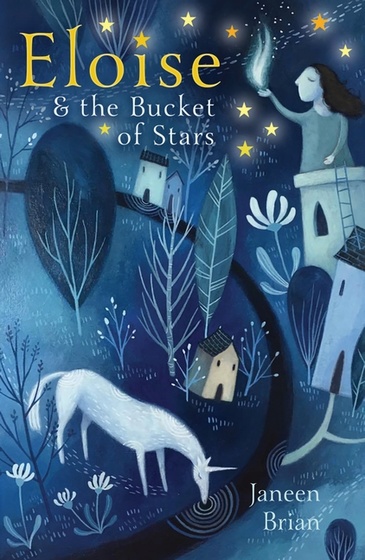 How long did it take you to write Eloise & the Bucket of Stars, from first draft to final draft?
Including all the research, brainstorming, planning, and first drafting, re-working after a manuscript assessment, and many more drafts, it would’ve been over 2 years before the ‘final’ manuscript was finished — and accepted.

The book is set in the early years of the nineteenth Century — did you need to do any research before you wrote the book?
Whenever I travel, I always take dozens of photographs of anything that interests me, because I never know when I might need them for referencing or as an idea for a story or for poetry. So, I had many pics of English and Irish orphanages and workhouses that were built and used in those earlier times. From previous trips, I had photos of walled cities which also came in handy for the story setting. I always collected or bought pamphlets, brochures or from museums. I jotted in my diary too. Even an odd word or two can jog the memory of something you saw or experienced. I’d walked on cobblestones, I’d been inside old houses that lined narrow streets, I’d been in tiny market squares, seen what were used as toilets in those days and so much more. Apart from my own experiences, and photographs, I also used the internet for pictorial references. If I needed any extra information as I wrote, I scoured books or did further exploration on the internet.

If you lived in the village of Whittering, what would your occupation be?
Great question!
I would’ve been the flower-seller! Not only because I love flowers, but also because they would’ve masked the smell of animals and their droppings, rank drains, pit-sewerage and unwashed bodies! Most people had few clothes which were not washed as often as we do today, and nor did they wash very often. Hygiene was not a top priority but also houses had no running water and water needed to be heated on a stove.

How did you choose the title of the book?
The earliest title was Girl in a Bucket, and that came as a suggestion from a Year 6 girl at a school I was visiting. It remained as that until the publisher commented that it could tell more. I thought about the main character’s name and what was important to her. And so then I had ELOISE and STARS. But I also wanted to use the original situation, of her being left as a baby in a bucket. So, finally it all came together, and the title was born.

Can you tell us a bit about your next project?
My next project is a picture book which I’ve been working on for several weeks. It’s to do with a waterhole, the competition between several African animals and the funny set up before the animals realise what is most important.

Do you have a tip for young writers who want to try their hand at magical-realism or fantasy?
First of all, you have to believe in the story idea yourself. In this book, I used an everyday situation and setting and then created the element of fantasy and wove that into the story. I didn’t have to create a new world but I still had to make the magic believable in the story.

Eloise & the Bucket of Stars is out now and available from bookstores and libraries.