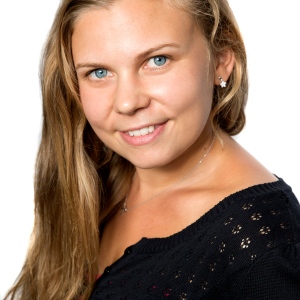 Today the book baton is passed to award-winning author Tamsin Janu. We’re especially thrilled to have her visiting Alphabet Soup, because she has two new books out — Blossom, and Figgy Takes the City. (This latest book in the Figgy series is out in bookstores on 1 September 2017. Yes, that’s today!)

As well as writing award-winning books Tamsin has studied law at university, worked at a cake store, at a children’s shoe store, in a legal centre helping refugees, as a youth worker in remote Northern Territory, and as a research assistant at a charity. 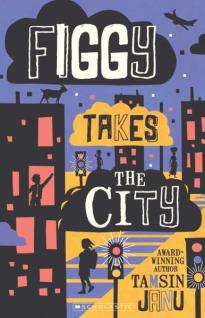 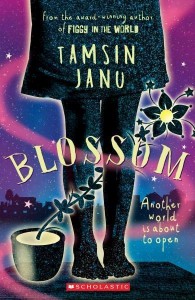 When you are writing, do you have a definite idea on where your story will go, or is it something you discover on the way there? How much of an influence are your characters on the story you end up with? I guess this is a roundabout way of asking: What comes first, story or characters?

I don’t have a definite idea of where my story will go while I am writing it. Which is sometimes a bit scary — it’s like being dropped in the middle of nowhere without a map or a phone — but can also be exciting. I’m terrible at following maps in real life (I’m constantly getting lost), so I guess it’s not surprising that I wouldn’t try to follow a map when writing my stories! My unstructured way of writing does mean my first drafts are often quite messy, but they can always be fixed up after I’ve gotten the words down.

Check out Tamsin Janu’s website for more about her and her books.

Read a review of Figgy in the World.

Read a review of Figgy and the President.

And now Tamsin passes the book baton to the next visitor — Jen Storer, author of many, many picture books and novels. You might know her Truly Tan series, Danny Best series, or some of her picture books like Blue, the Builder’s Dog.

What is the absolute best thing about being a children’s author? What aspects of writing do you find the most challenging?

[Pass the book baton will take a short break while our authors and illustrators recover from Book Week … er … Book Month. The interview series will resume in a few weeks with Jen Storer.]

While you’re waiting, you can catch up on all the interviews in the Pass the Book Baton series so far!