THE BOY WITH NO TALENT
by Caitlyn, 9, NSW

Charlie looked like the rest of his family – tall, dark-headed with greenish, bluish eyes – but the unique thing about him was that he was … normal!

Yep. All of his family had a special talent. For instance, his mum was a famous cook and his sister knew LEGO like the back of her hand but Charlie was just plain normal. People said he would find his talent soon enough but he had now waited eleven years for that moment and he was doubting that he had a talent at all. Charlie lived on a planet called Zog where everyone had a talent. He often thought of running off to a distant planet called Earth where he wouldn’t stand out. 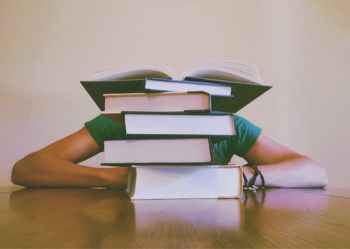 As Charlie trudged to school one morning thinking about the teasing he would face, he bumped into his teacher, Miss Primrose. She excitedly told him about a talent show for showcasing the students’ talents. Charlie anxiously asked if it was compulsory and unfortunately it was. So that’s how Charlie ended up in the school library, searching for a book that would help him find his talent in time for the show. He made a list of possible talents.

Over the next few days, Charlie tried everything from kung fu to talking to animals. The days drifted by; a week and it’s not gymnastics; five days and it’s not swimming; three days and it’s definitely not cake making. By the time Charlie had two days left, he had almost given up hope.

Charlie sighed. One more thing to try … sprinting. It probably wouldn’t be his talent. After all, he hated cross country and triathlons were definitely not his favourite but he still got his dad to time him sprinting 100m. One minute and forty seconds. Dang it! That wasn’t Charlie’s talent either. His first four legs were co-ordinated, but legs five and six? Well, not so much.

“One day left,” was Charlie’s only thought as he dragged himself to school the next day. As he slumped into his seat at the front of the classroom his mind drifted to tomorrow where he would be humiliated beyond belief.

“A special announcer will announce all of the acts, but not do one themselves,” stated Miss Primrose.

Had Charlie heard correctly? Could it be possible?
Miss Primrose continued, “The person to announce will be … Charlie!” Charlie’s mind was buzzing. He really could just announce?
“I would love to!” he exclaimed.

On the night of the talent show, Charlie wasn’t scared at all. He was excited. As he started speaking, the words seemed to flow easily out of his mouth. It was amazing. The audience was dumbfounded and his parents beamed with pride. He had found his talent.

So that was how the boy with no talent ended up as a public speaker, prime minister and dad to three delightful children. All with a talent!

This is Caitlyn’s first story for Alphabet Soup. To send us YOUR story, poem, artwork or book review, check out our submission guidelines.