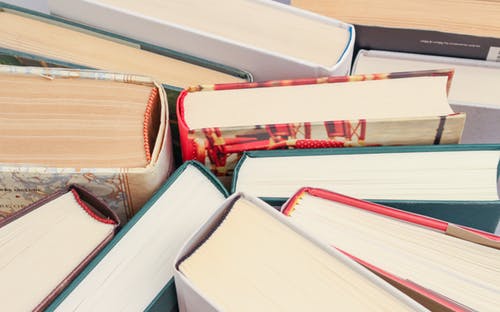 We’re thrilled to introduce you to the 2019 Top Reads team.

What is the Top Reads team? Members of this team are keen readers who stop by each month to recommend a favourite read for the month, and they’re all kids like you!

Anna, 10, VIC
Anna loves using technology at school and learning about science and the environment, issues she cares deeply about. She likes to read fiction and non-fiction books about animals because she has three pets at home – two cats and one dog. Anna’s hobbies are tennis, swimming and gymnastics.

Nicholas, 10, VIC
Nicholas likes to read most types of fiction. He also reads information books about technology and how the internet is changing, improving and going faster. Nicholas picks up a picture book now and then too because he enjoys using the pictures as clues to work out the meaning, he finds them playful and he can relate to the real-life scenarios that often feature in these texts. He plans to take up tennis as a sporting activity very soon.

Xavier, 10, NT
When he’s not reading, Xavier enjoys riding his bike, swimming and playing soccer. He is obsessed with video games, especially Yo-Kai Watch! When he grows up Xavier wants to be a doctor.

Céití, 9, WA
Céití loves spending time with her chocolate labrador Flynn. She enjoys all sorts of reading and writing, playing her violin, cooking and playing water polo. Her favourite series at the moment is Harry Potter, and her favourite book is Whimsy and Woe.

Anishka, 9, QLD
Anishka loves writing poems and reading books. She started composing her own poems when she was 4 years old. She is  involved in raising funds for Heart Research and Foundation through ‘Jump Rope for Heart’. She is also involved in a meditation group in the community.

Fergus, 9, WA
Fergus loves to play Lego with his brother, ride his bike, code, play with his dog and read. His favourite genres are action, adventure and magic. He has three favourite series: Ranger’s Apprentice, Brotherband and Harry Potter.

Albie May, 7, NSW
Albie May loves funny books — like Piranhas Don’t Eat Bananas (which is about a vegetarian piranha) as well as books with made up words in them. She loves reading funny jokes out loud from The Ha Ha Bonk Book.

Rory, 7, WA
Rory loves to spend his day playing Lego, reading, coding and riding his scooter. His favourite authors are JK Rowling, Sally Rippin, Andy Griffiths and Jack Heath. His best place to read is in his bunk bed. When he grows up, he wants to be an archaeologist.

Look out for the first book recommendations for 2019 on the last day of February!